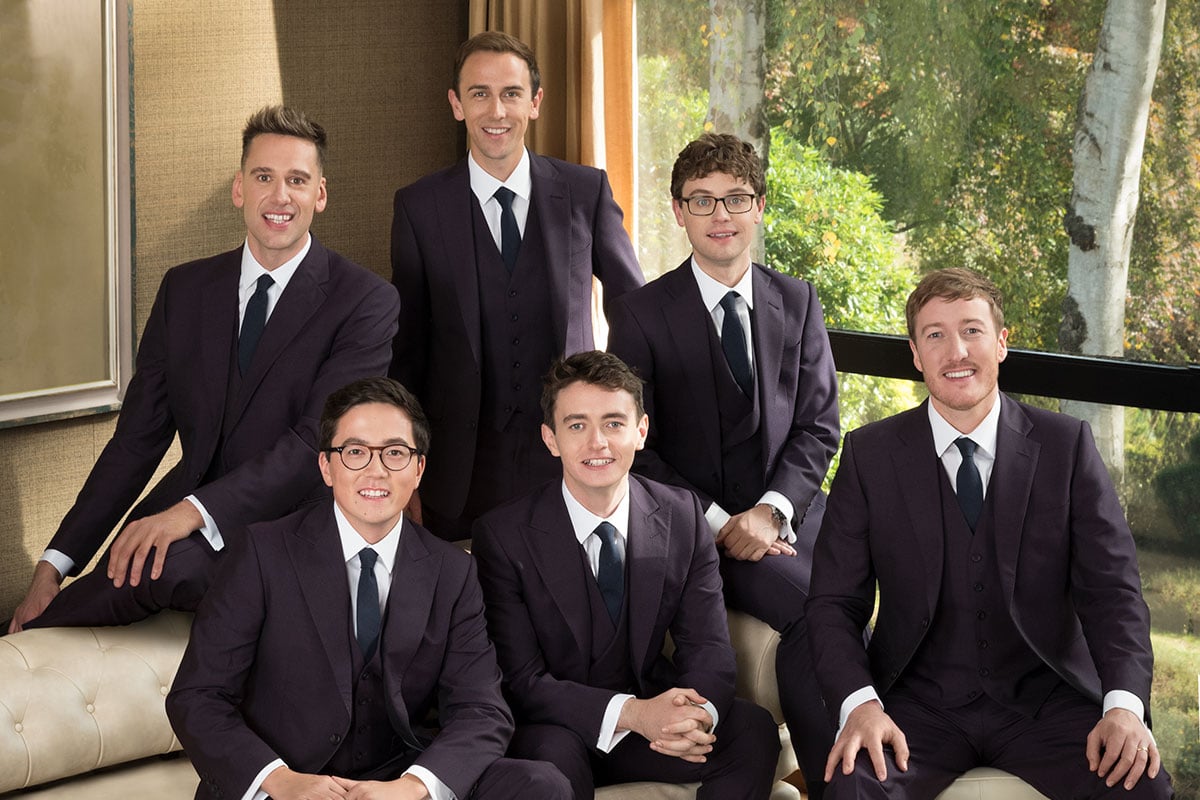 The King’s Singers were founded on 1 May 1968 by six choral scholars who had recently graduated from King’s College Cambridge. Their vocal line-up was (by chance) two countertenors, a tenor, two baritones and a bass, and the group has never wavered from this formation since. With 2018 marking the 50th birthday of the group, The King’s Singers have been celebrating their GOLD anniversary, which acknowledges their amazing musical heritage, as well as the bright future of vocal music in all its forms as they move into 2019.

What really distinguished the group in its early years was its musical diversity. The King’s Singers were a weekly fixture on prime-time television, celebrating popular music never usually touched by choral ensembles, and their unique British charm, combined with their precise musical craft, captured audiences’ hearts the world over. The group has consistently been welcomed on the world’s great stages throughout its history – from London’s Royal Albert Hall to the Opera House in Sydney or New York’s Carnegie Hall – as well as being ambassadors for musical excellence across the globe. Two Grammy® Awards, an Emmy® Award, and a place in Gramophone magazine’s inaugural Hall of Fame sit among the numerous accolades bestowed upon the group. This love of diversity has always fuelled The King’s Singers’ commitment to creating new music. An array of commissioned works by many of the great composers of our times – including Sir John Tavener, Toru Takemitsu, John Rutter, Luciano Berio, Nico Muhly, György Ligeti and Eric Whitacre – sits alongside countless bespoke arrangements in the group’s extensive repertoire. The group is determined to spread the joy of ensemble singing, and leads workshops and residential courses all over the world each season – 2019 will take them from the World Youth & Children’s Choir Festival in Hong Kong to their week-long Summer School within the beautiful surroundings of Cambridge University. The world may have changed a lot since the original King’s Singers came together, but today’s group is still charged by the same lifeblood – one that wants to radiate the joy singing brings every day, and that wants to give life to audiences with their virtuosity and vision for an exciting musical future.

Learn More About The King’s Singers