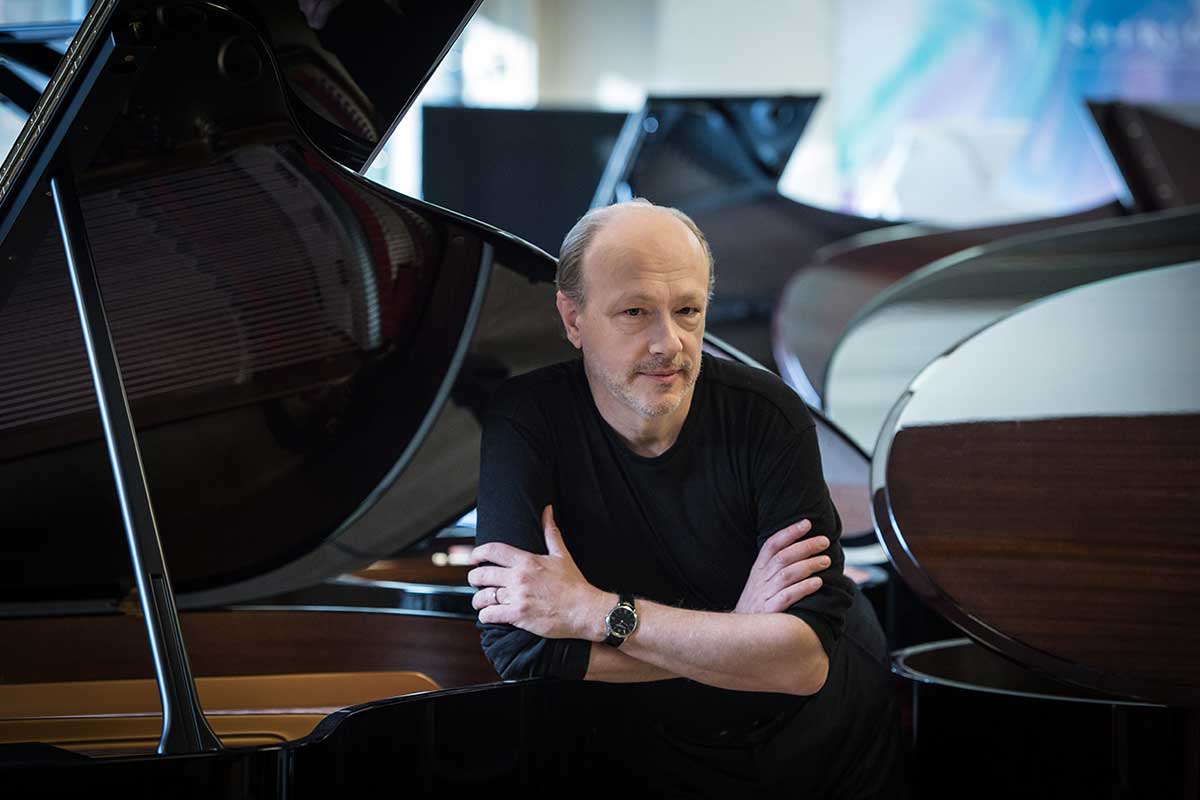 “A performer of near-superhuman technical prowess” (The New York Times), pianist Marc-André Hamelin is known worldwide for his unrivaled blend of consummate musicianship and brilliant technique in the great works of the established repertoire, as well as for his intrepid exploration of the rarities of the 19th, 20th, and 21st centuries – in concert and on disc – earning his place as a true icon of the piano.

During the 2020/21 season, Mr. Hamelin appeared with the Detroit and Montreal Symphony orchestras and the Cleveland Orchestra in their digital concert performances, performed in a live recital at the Festival International de Launadiere as well as online recitals for Western University of Canada, Candlelight Concert Society, and People’s Symphony Concerts.

Mr. Hamelin’s abbreviated 19/20 season included the Brahms Piano concerti with the Orchestre Métropolitain and Yannick Nézet-Séguin at Le Festival de Lanaudière, and the world premiere of Ryan Wigglesworth’s piano concerto at the BBC Proms, led by the composer.  Recital appearances included a return to Carnegie Hall for the Great Artists Series; Wigmore Hall; the George Enescu Festival; the Moscow State Philharmonic; at the Elbphilharmonie for the Husum Rarities of Piano Music Festival; the Heidelberg Festival; and in Ascona (Switzerland), Prague, Munich, Frankfurt, Stuttgart, Monte Carlo, and others.  Mr. Hamelin was the inaugural guest curator for Portland Piano International, where he opened that season with two solo recitals.

An exclusive recording artist for Hyperion Records, his discography includes more than 60 albums, with notable recordings of a broad range of repertoire. In 2020, Hyperion released two acclaimed albums by Mr. Hamelin – one a solo disc of Liszt and Thalberg opera transcriptions, and the other piano sonatas of composer/pianist Samuil Feinberg.

Mr. Hamelin has composed music throughout his career, with nearly 30 compositions to his name. The majority of those works – including the Études and Toccata on L’Homme armé, commissioned by the Van Cliburn International Piano Competition – are published by Edition Peters.  His most recent work, Suite à l’ancienne (Suite in the old style), was premiered in February 2021 by pianist Rachel Naomi Kudo with funding from her Gilmore Young Artist Award.

Mr. Hamelin makes his home in the Boston area with his wife, Cathy Fuller, a producer and host at Classical WCRB. Born in Montreal, he is the recipient of a lifetime achievement award from the German Record Critics’ Association and has received seven Juno Awards and eleven GRAMMY nominations, the 2018 Jean Gimbel Lane Prize in Piano Performance awarded by Northwestern University’s Bienen School of Music and in December 2020 was awarded the Paul de Hueck and Norman Walford Career Achievement Award for Keyboard Artistry from the Ontario Arts Foundation. He is an Officer of the Order of Canada, a Chevalier de l’Ordre du Québec, and a member of the Royal Society of Canada.