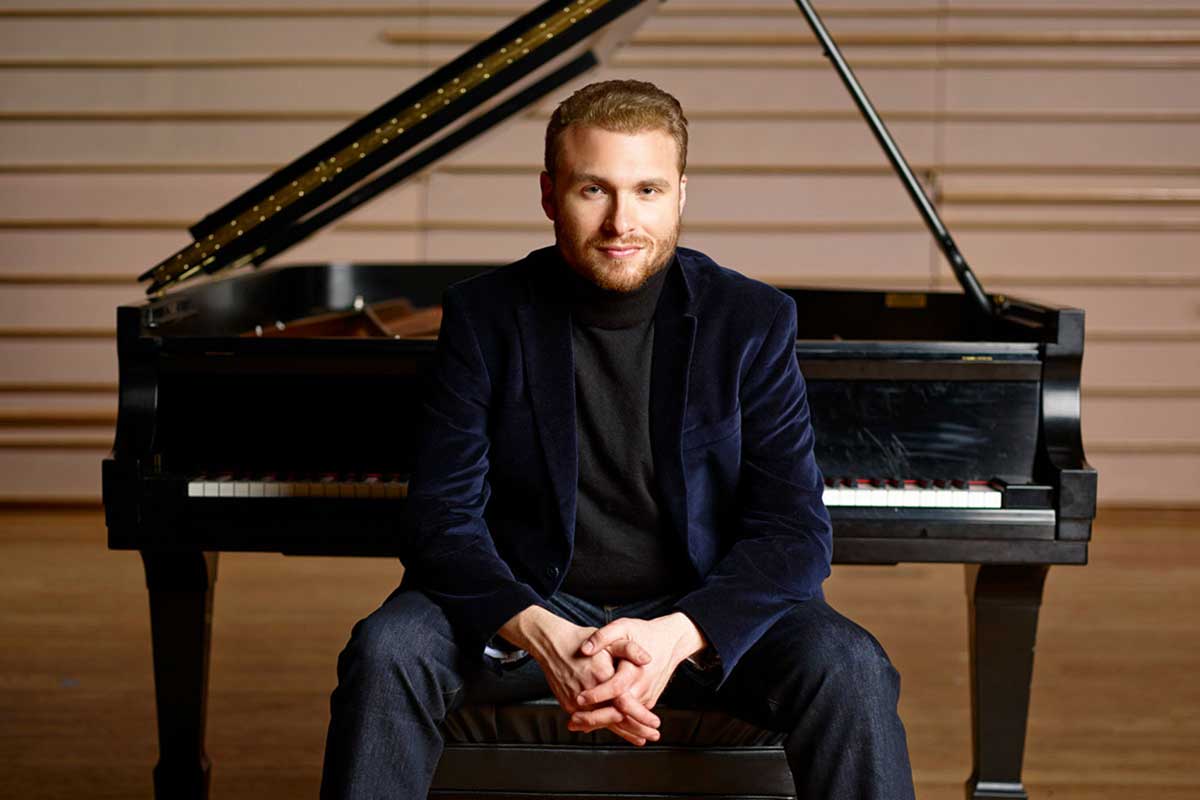 Since first self-presenting and performing Beethoven’s 32 Piano Sonatas at the age of 18, Adam Golka has immersed himself in studying the master’s works. He has studied Beethoven under the guidance of masters such as Leon Fleisher, Alfred Brendel, Sir András Schiff, Murray Perahia, and Ferenc Rados. In 2011, Adam performed a cycle of all five Beethoven concerti with the Lubbock Symphony, with his brother Tomasz at the baton, and in 2018, he made his San Francisco Symphony debut at the Stern Grove Festival in Beethoven’s Fourth Piano Concerto.

Adam Golka was selected by Sir András Schiff to perform recitals at the Klavier-Festival Ruhr in Germany, Tonhalle Zürich, as well as in Berlin and New York (organized by the 92nd Street Y). Adam has been regularly on the concert stage since the age of sixteen, when he won first prize at the 2nd China Shanghai International Piano Competition. He has also received the Gilmore Young Artist Award and the Max I. Allen Classical Fellowship Award from the American Pianists Association.

Adam’s past appearances as a chamber musician included festivals such as Marlboro, Caramoor, Ravinia, Prussia Cove, and Music@Menlo, the Frankly Music series in Milwaukee, and he is also a member of the Manhattan Chamber Players. He has been presented by the Musicians Emergency Fund in Alice Tully Hall on multiple occassions, and he has performed recitals in the Concertgebouw’s Kleine Zaal, Musashino Civic Cultural Hall in Tokyo, and at festivals such as Mostly Mozart, the Gilmore Keyboard Festival, the Ravinia Festival, the New York City International Keyboard Festival, the Newport Music Festival, the Hornby Island Festival in British Columbia, and the Duszniki Chopin festival. Adam performed a recital of Schubert, Liszt and Brahms at the extraordinary Tippet Rise Arts Center in Fishtail, Montana, and he is also a frequent guest at the Krzyżowa-Music Festival in Poland, where he premiered his own two-piano arrangement of Debussy’s La Mer in 2018 and also narrated his original poetry for Saint-Saëns’ Carnival of the Animals, created especially for the opening concert of the festival.

Adam has premiered solo works written for him by Richard Danielpour, Michael Brown and Jarosław Gołembiowski. His début album, featuring the first sonata of Brahms and the Hammerklavier Sonata of Beethoven, was released in 2014 by First Hand Records. In 2017, he released his Schumann album for the same label, not only playing solo works but also partnering with soprano Lauren Eberwein. This album was produced by his friends Michael Brown and Roman Rabinovich, whose First Hand albums Adam in turn produced.

Adam Golka is greatly indebted to the late José Feghali, with whom he studied throughout all his teenager years and young adulthood, as well as to his insightful studies with Leon Fleisher at the Peabody Conservatory. He is Artist-in-Residence at the College of the Holy Cross in Worcester, Massachusetts, where he teaches piano, chamber music, and conducts the Holy Cross Chamber Orchestra.