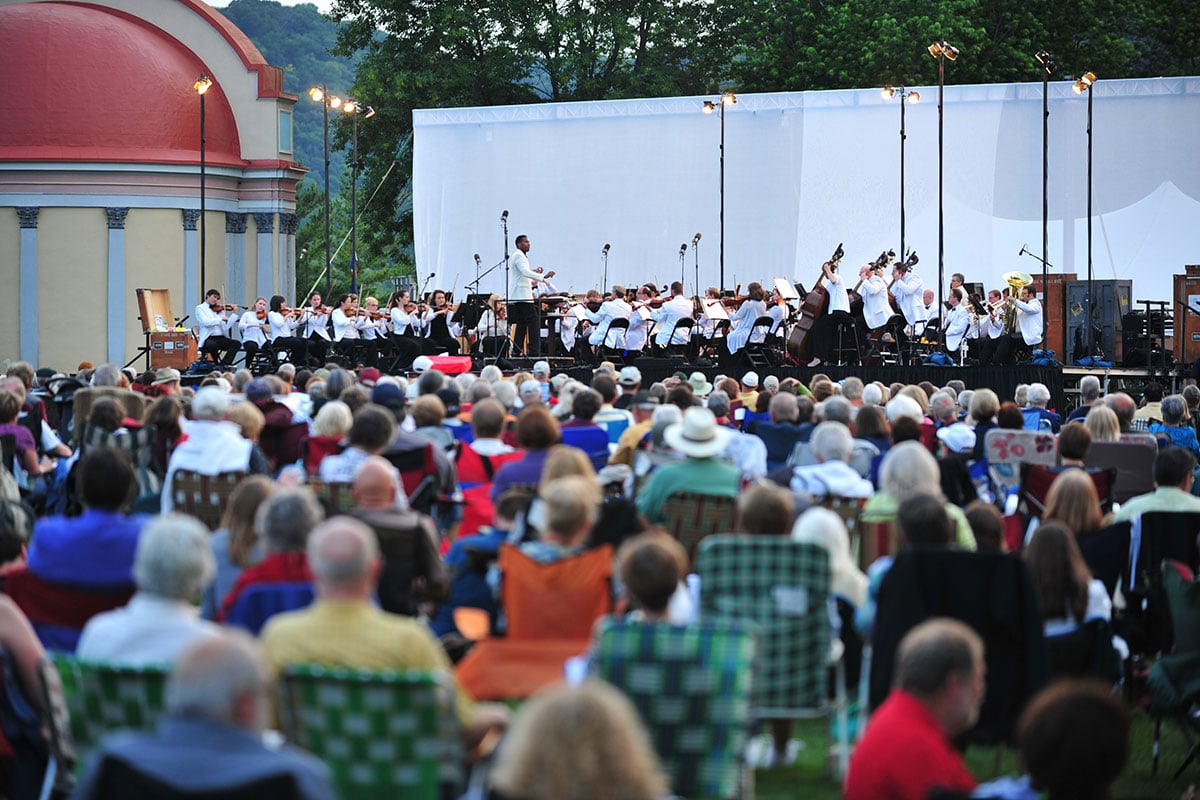 Mark your calendars for the biggest event of the summer! The Minnesota Orchestra is back with a FREE pops concert at Lake Park.

The Grammy Award-winning Minnesota Orchestra, led by Music Director Osmo Vänskä, is recognized for distinguished performances around the world, award-winning recordings, radio broadcasts, educational engagement programs, and commitment to building the orchestral repertoire of the future.

Founded in 1903 as the Minneapolis Symphony Orchestra, the ensemble played its first regional tour in 1907 and made its New York City debut in1912 at Carnegie Hall, where it has performed regularly ever since. Outside the U.S., the Orchestra has played concerts in Australia, Canada, Europe, the Far East, Latin America, and the Middle East. The Orchestra’s recordings have drawn acclaim since the early 1920s, including the 2014 Grammy Award for “Best Orchestral Performance.”

The Orchestra’s season encompasses nearly 175 programs annually, held primarily at Orchestra Hall in downtown Minneapolis and heard live by 300,000 individuals. The Orchestra connects with more than 85,000 music lovers annually through family concerts and educational programs including Young People’s Concerts. The Orchestra has commissioned and/or premiered more than 300 compositions and has won 20 awards for its adventurous programming from ASCAP.

Learn More About The Minnesota Orchestra