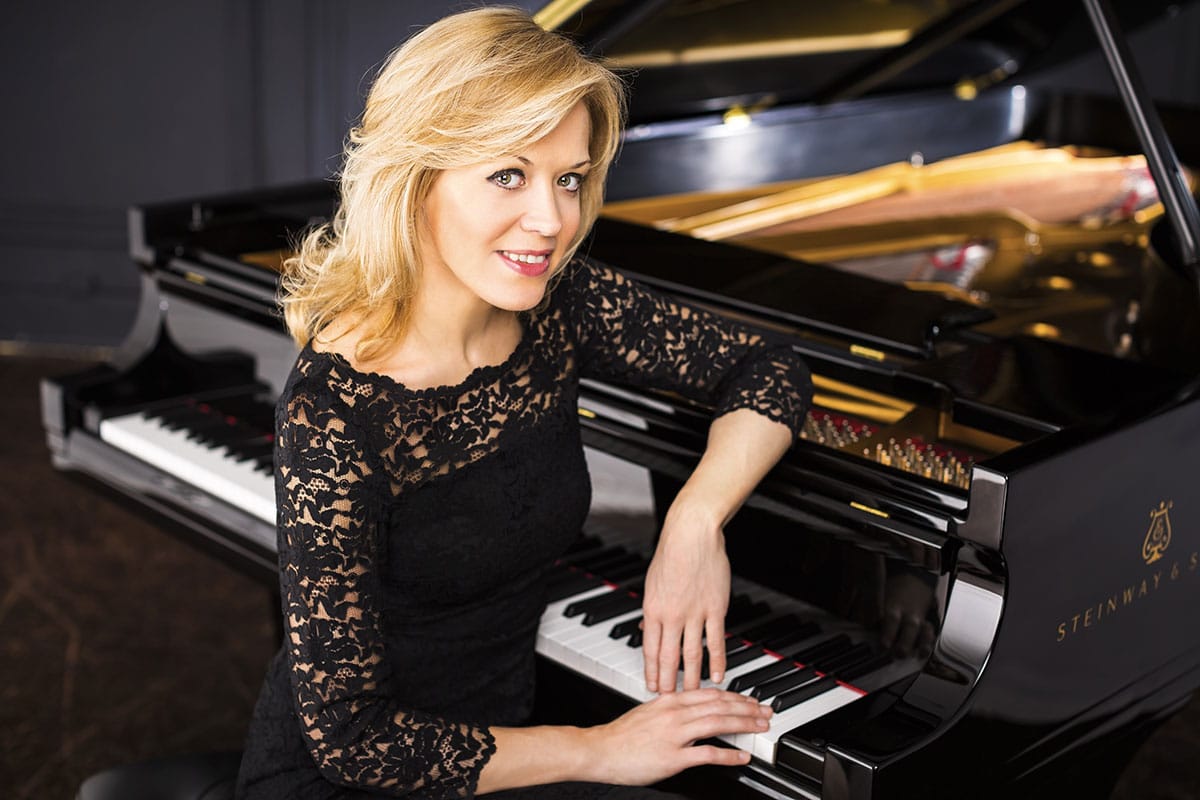 Russian-American pianist Olga Kern is now recognized as one of her generation’s great artists. With her vivid stage presence, passionately confident musicianship and extraordinary technique, the striking pianist continues to captivate fans and critics alike. Olga Kern was born into a family of musicians with direct links to Tchaikovsky and Rachmaninoff and began studying piano at the age of five. She jumpstarted her U.S. career with her historic Gold Medal at the Van Cliburn International Piano Competition in Fort Worth, Texas as the first woman to do so in more than thirty years.

Ms. Kern’s discography includes Harmonia Mundi recordings of the Tchaikovsky Piano Concerto No. 1 with the Rochester Philharmonic Orchestra and Christopher Seaman (2003), her Grammy Nominated recording of Rachmaninoff’s Corelli Variations and other transcriptions (2004), a recital disk with works by Rachmaninoff and Balakirev (2005), Chopin’s Piano Concerto No. 1 with the Warsaw Philharmonic and Antoni Wit (2006), Brahms Variations (2007) and a 2010 release of Chopin Piano Sonatas No. 2 and 3 (2010). Most recently, SONY released their recording of Ms. Kern performing the Rachmaninoff Sonata for Cello and Piano with cellist Sol Gabetta. She was also featured in the award-winning documentary about the 2001 Cliburn Competition, Playing on the Edge, as well as Olga’s Journey, Musical Odyssey in St. Petersburg and in They Came to Play. In 2012, Olga and her brother, conductor and composer, Vladimir Kern, co-founded the “Aspiration” foundation whose objective is to provide financial and artistic assistance to musicians throughout the world.

In 2017, Ms. Kern was gratified to receive the Ellis Island Medal of Honor, joining other honorees including Rosa Parks, Buzz Aldrin, Coretta Scott King, and Supreme Court Justice Sandra Day O’Connor. This commendation recognizes Americans who “embody the spirit of America in their salute to tolerance, brotherhood, diversity, and patriotism.”